It’s a new acronym I came up with. SWTTM will now stand for “strangers who talk too much.”

Now don’t get me wrong–I am totally that person that loves to talk to the checkout girl, barista, butcher, mechanic, your third cousin, or the creep at the party (partly because my intuition somehow failed me pre-conversation). But what I’ve found is that there is a threshold that some folks cross and end up breaking certain social boundaries. Whether it’s time, the content shared, or something just feels funny, I’m sure many of you out there can relate. I will now proceed to give you three examples of what I mean by this (all with names I’ve assigned to folks):

On the way back from dropping off Michelle (who came ALL the way from California to visit me for my birthday, ugh I love her so much), I was exiting the Milwaukee airport garage and stopped at the tollbooth. A beautiful smile greeted me as Tonya took my ticket and put it in her machine. Noticing that I spent some time at the airport, she asked me who I was seeing off. I told her that it was a best friend, and she then immediately asked “Oh, guy or girl?” For some strange reason, I answered “guy” on accident. Big mistake. 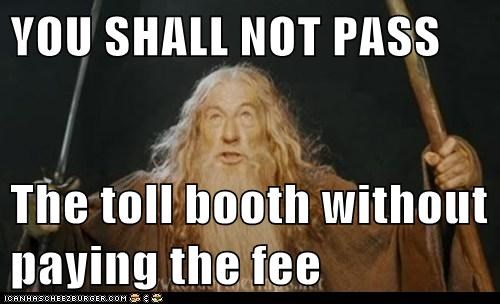 Her eyes lit up, knowing that there was potential for juicy drama in a cross-gender friendship. She proceeded to ask me if it was more than friendship (oh, but of course). This is a prime example of where I fall short as a decent human being at times, because I decided to go along with this for fun. From her interview, I had managed to create this story: we were just friends, and his wife was absolutely okay with our relationship to the point where he would come alone to visit me. She was not convinced, and this is where she began to break the threshold.

Tonya started to share about her own past relationships, especially her current male friend who she desired to be her beau and not bro. A good two minutes with me giving (quite honest) empathetic “mmm”s, “ohh”s and “wow”s, (the punctuation there needs major work sorry), I began to feel that the appropriate time I could be at her booth was expiring. This especially was felt when a car unfortunately decided to drive into our line.

With Tonya still rambling for another couple of minutes, and the man in a fancy sports car looking out his window slightly impatient but very confused, I just didn’t know where to cut the woman off. The words coming out of her mouth were just getting more and more vulnerable. The more I let her go on, the harder it was going to be to put a loving cork in her so she could do her job. I passively hinted at her by turning around dramatically at the man, but only to get a reaction of “Eh, it’s okay. He can wait.” Oh boy. My eyes opened even wider and realized I was going to have to just drive away and not worry about hurting the many feelings of Tonya.

I lifted my foot off the brake and began to inch, trying to leave the situation as smoothly as possible. She finally ended her story with something along the lines of “Yeah, but he’ll never know because I’m not confident and he’s so oblivious.” Still inching forward, I told her I appreciated her sharing with me and that things would get better. I hit the gas and I think it actually scared her. Not so smooth after all, Hu.

I had been itching to get a pair of red glasses for a while, and so I hit up my local Lenscrafters who was having a 50% off sale. I saw my winning pair and as I was trying them on, a rather flamboyant and talkative employee approached me and said “Oh my God honey, those look so good. Aren’t they cool? They’re totally cute, but still make a statement, ya know?” I affirmed his comments, pretending I was going for what he was saying. I obviously liked them regardless of what he said, and decided to make them the latest addition to my face. While he was getting down the details of my prescription and frames, I was trapped in the world of Jerry.

Jerry kept going on and on about how he and his boyfriend just “burned” $500 at Express because they were building an entirely new “preppy but chic” wardrobe. He then added that his man just bought his second Audi, and that tonight they were finally going out to some fancy shmancy restaurant they’ve been dying to try out. I obviously could neither relate as a single, not-wealthy woman, nor understand how these kids had so much money to spend.

A lot of my gay male friends would laugh at the stereotype my local eyeglasses salesman fell into, and I admit I was rather entertained. He was talking a million miles an hour, showing off his other job at Coach. He loved venting about how he had to work so many hours at both of his jobs (while a good amount of others in this economy are unemployed).

To be honest, I didn’t really care about Jerry’s materialistic and somewhat naive outlook on life. But for some reason, people like Jerry feel that in conversations with complete strangers, it’s necessary to show off all you have, and shamelessly share details about your love and work life. Even as an extrovert, Jerry tired me out in fifteen minutes. I wished him a happy Friday and hoped that his dinner date would be fun.

3. Mallory Most Wanted
I used to work at a private postal center that did shipping, mailbox rentals, and other basic copy/printing needs. You can imagine the variety of characters that came in, and how much I hope to write a sitcom with such a premise.

We have a lot of regulars, but Mallory was not one. She came in panicked and frazzled, gripping a large envelope in her hand. She began to explain the most bizarre situation–how she was friends with a leader of a country I will not name, and that people were after her. She had to mail it as soon as possible, and that this international piece of mail was of utmost importance. Inside, I obviously had a million of emotions and thoughts, ranging from skepticism to confusion to worry about my own safety in assisting with such a task.

Mallory started telling me details about what they had done to her apartment, and how she was now on the run. She even spilled to me things she had talked about with the leader of the country–my average citizen ears were sweating nervously. I tried to be calm to keep her less stressed, but it wasn’t working. I wanted to quickly do my job so she could get out of the store and not have some hired men coming after me as well.

Why do I look like someone you can trust? Why do I have that face that says “please, tell me everything about your life because I don’t know you and want to.” I have a genuine interest in people, but with limits. To this day, I have no idea if Mallory had some mental struggles or if she was telling the truth. Either way, I am saving up for a Mongolian dagger to keep under my pillow.

In conclusion, SWTTM’s are everywhere. You can tell me how you can’t wait to get off your shift to go see your daughter’s ballet performance, or that you love the same author of the book you are ringing up for me. That is wonderful human interaction and I enjoy that. But when you tell me your relationship history and disregard other customers, show off your materialistic lifestyle and luxurious lover, or include me in some dangerous foreign operation, that is when you have become a total SWTTM. You have crashed through the appropriate thresholds of stranger to stranger interaction and need to GTFO.

This is Amy Hu signing off for April 20th, 2013. Hope you made wise choices today.