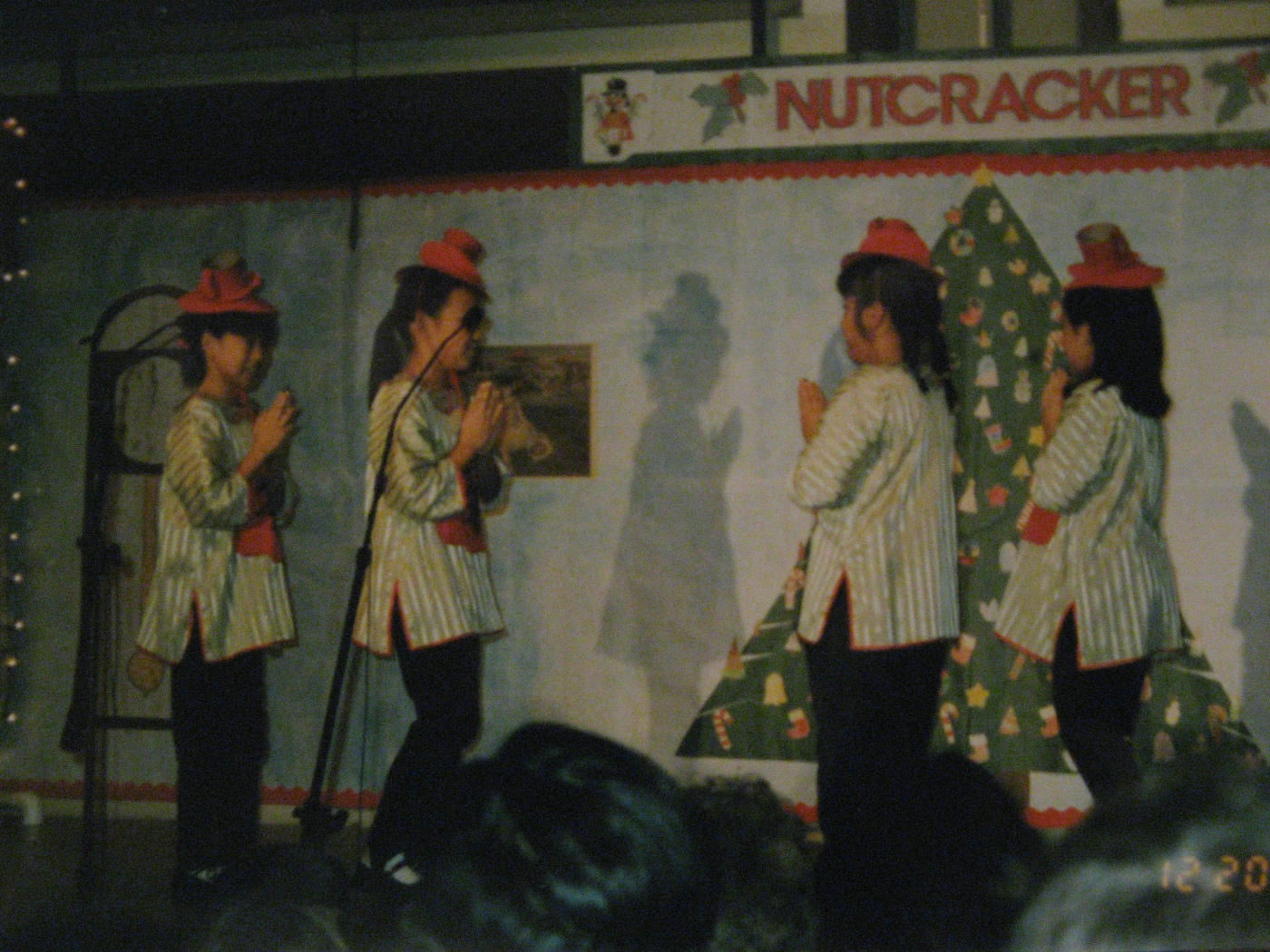 I had a major realization two days ago.

I was fortunate enough to go see a ballet performance with a fun group of UCLA students at the San Jose Theater for Performing Arts in downtown. I was ecstatic for what was to come, as I had never been a person to frequent or even experience the world of live ballet.

The production was a seasonally-appropriate holiday showing of the infamous The Nutcracker.

I have always been fond of such a play, since Mrs. Prince’s class in the 3rd grade combined forces with another to put on this special musical performance. But the only thing I could remember from the peak of my acting career is that I played the role of one of four Chinese dancing ladies. We enchanted the crowd with some sort of traditional-esque clothing and a paper tea cup and saucer tied to our heads. The overall production was fun, and though my immigrant parents and young sisters didn’t really understand it at the time, the moment I came on stage was the most exciting thing that happened all night.

And two days ago, I realized what role I actually played. I was reading the program before the ballet to refresh my memory of the story, as watching cartoon adaptations as a child didn’t really suffice. As I was reading the epic tale, I was excited to come across the scene in which I had my starring role. It read the following:

“In the fabled Land of the Ivory Pagoda, they are presented to some of the Emperor’s concubines and warriors. Amazed and intrigued by this unusual assemblage, they join in the dancing.”

At 8 years old, what I had thought to be simply an innocent and charming Chinese tea server was, in reality, just another lowly concubine for the emperor.

I played the part of Concubine #2, giving my all to dancing to the melody of the whimsical sounds of the “Tea: Chinese Dance” song. And coming to such a realization at the age of 23, I almost died laughing inside the theater that night. Reading the words on the page, I told myself, “Thank God Mom and Dad don’t know the story of the The Nutcracker beyond the fact that the wooden thing cracks nuts and kidnaps a girl (they have a rather different take on the story). But what about the other parents?”

They dolled me up in their homemade costumes and let me dance up there with the other Asian girls. Mrs. Prince made me obey, like a little whore of the Land of the Ivory Pagoda would.

How foolish I was to think I was anything more than a sex servant to the emperor.

4 thoughts on “The Nutcracker Moment”