Obnoxiousness comes with the day, sorry.

But so does pure excitement:

I know, I know. My birthday was a couple of days ago. But didn’t you hear? It’s a birthday season. And I’ve been celebrating since last Friday.

As I’ve become older, my birthdays have definitely become increasingly more to my liking. It’s mainly because my friends (not my parents) actually know what I love. For example, during senior year of college, my friends threw an “Undead” party for me where they lit a dorm room red, baked zombie cupcakes, and scared me by dressing up like a mummy. 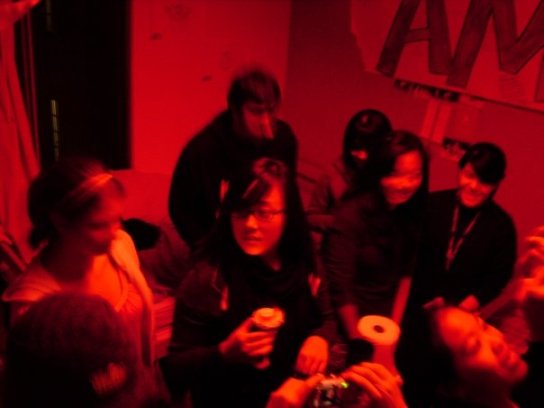 Looking back on celebrating such a day, I decided to share some old photos in order for you all to understand me a bit better. Over a laugh-filled Skype session, my sisters managed to help me find some rather hilarious photos. Let’s go back in time:

How to Blow Out Your Candles If You’re a Twin:

I haven’t shared a birthday with my sister in a few years because we haven’t lived in the same city since college. As nice as it is to get your own cake and presents, only your name on a poster, and have a party all for you–it’s just not the same. I haven’t mastered using a big knife to cut a cake on my own yet.

Well, I’m excited for year 26. Still in my mid-twenties, and still look like I’m seventeen. May more ridiculous things to share with you all come about! 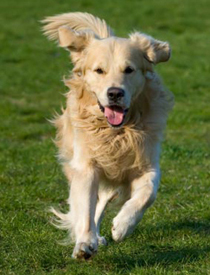 I almost came to the conclusion that maybe dogs aren’t so bad after seeing this adorable post about a boy and his dog. But then I remembered what happened to me two days ago while grocery shopping at Copp’s. I was ready to walk through the automatic doors when my zoophobic senses were in red alert. I turned to my left instantly, and there he was: the biggest golden retriever I’ve ever seen in my life. Yes, they are known to be the kindest dogs in the world, but when a dog of that size makes a b-line for you at full speed, your nerves have to shake a little. And with my terrible track record with canines, I was frozen in fear, eyes wide open, and thinking about all the ways I had lived a good life right before my 26th birthday. No, I didn’t die obviously. But this obnoxious dog kept pouncing on me and then proceeded to “kiss” me–he didn’t even ask me out to dinner first before slobbering all over my face. The owner of this dog was yelling across the parking lot while all of this was going on, and eventually asked if I could grab his leash. Me? Really? Could there be any worse person to fulfill such a request at this moment? Would you give Russell Crowe a record deal after ‘Les Miserables’? No. You wouldn’t. But because of my ENFP compassion and desire to meet others’ needs, I attempted to grab Comet’s leash and fell flat on my face in front of the Redbox customers in line. So close to actually respecting dogs.

I almost wanted to throw my popcorn at somebody a few of weeks ago in the movie theater. I was coming back from the gym and had this huge desire to go see ‘Les Miserables’ after weeks of enduring all its buzz. So I impulsively hopped into my car, got my ticket for one, and felt like I deserved the world’s most expensive hot dog and soda after my workout.

Going to the movies alone definitely has its benefits: you can take your smelly post-workout shoes off, cry all you want because you look like a loner anyway, and eliminate any possibility for direct conversations during the best scenes. Five minutes into the movie, a couple walks in and decides to sit one seat away from, and puts their possessions right next to me. It was a later weeknight showing and the theater was practically empty. Dozens of seats and you have to sit right near me? Don’t you want your space? You came together, so you don’t need my company. The theater is heated, so you don’t need the warmth from my body. I already ate my hot dog, so I can’t share it anyway. GO. AWAY. Not only did they interrupt the movie at the beginning, but the woman had the craziest congestion and kept fighting the mucus oozing from every facial cavity throughout the film. I doubt my tears were solely from “I Dreamed A Dream” and “Empty Chairs at Empty Tables.”

I almost looked like a pervy filmmaker recently. For my work, I had to recreate some funny scenes for a hilarious video that pushed the point: both ‘word’ and ‘deed’ are required to following Jesus, not just half. The video was to be used for our Greek ministry in InterVarsity, and so we of course shot this video at a fraternity house. One of the scenes was to have one of the fraternity members walk in with only half a shirt on, cut down vertically. Theoretically, it was genius. But as the only woman in this fraternity filming with my two male coworkers, I somehow found myself taping a half-naked college frat boy’s chest to the shirt I cut up. I paused for a second and realized what was happening, and did my best to not make it awkward and roll with it. As the filming began, one of his fraternity brothers (who is not involved with InterVarsity), walked in on us, gave us the most confused look, and yelled “What the f***?!” Don’t worry bro, we’re a Christian group. So, it’s cool right? Yikes.

(You can watch the original video my team made here)

I almost gave up beef for Lent, but Copp’s had NY strip steak on sale. 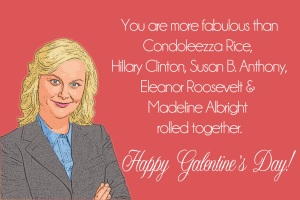 I know I talk about vomit a lot, so I apologize for what’s about to come out (pun intended). I threw up nine times last Sunday night through early Monday morning, while burning up and yet shivering under piles of blankets. I know any one of the Biggest Loser trainers would have been proud of the ab workout I got from all the purging (I especially hope for the approval of Dolvett Quince, oh mama). But at the time, I felt like a different ‘biggest loser.’ I lied down on the couch with a blanket while the boob tube played for comfort, and my roommate Laura so graciously supplied me with juice and saltines to keep me functioning. I pathetically resembled a forgotten burrito that was rotting away all day.

Like most people, I really dislike being sick. I’d rather not let my body feel so weak that pressing the button on the remote is the most energy my body can expend (and maybe also yell out the answers during Wheel of Fortune).

Not only does one become a pale and ragged doll, but one of the greatest joys in life is taken away from you: eating to the best of your abilities (limited by finance, cooking ability, and geography of course). Yes, the desire to consume anything isn’t there for the first few days, but afterward, your appetite comes back like a beast in the wild. You will tear to pieces anything that is edible and preferably fleshy. But the problem with this is that after consuming the blandest of soups, saltines, and plain toast for days, you can’t jump from zero to sixty. You have to let your soups gradually get chunkier and spicier, and then move onto solids, fresh fruits and vegetables, and oils. By Wednesday, my mouth was crying. It questioned its purpose as the asset of this chubby, young, Chinese-American food-loving woman: “No more congee! No more chicken noodle soup! No more whole wheat bagels! Where the #$*! is any taste but salty?! UMAMIIIIIIIII”

It was torture. You can’t tell Anna Pavlova to settle for the hokey pokey. You can’t tell The Simpsons’ Comic Book Guy to choose one series to read. And you can’t tell a trapeze artist to just play on the monkey bars. Their passions are stripped from them. It simply cannot be!

The other reason I’d rather be healthy is the simple fact that it can waste your time. I had to cancel a ‘Life of Pi’ movie outing and a Laotian lunch with a new friend. What a better person I might have been if those experiences actually happened. Ang Lee could have encouraged me to reconcile my bad relations with animals by going on a sailing trip with a tiger. Or I could have already had people over for a Laotian meal I was inspired to make.

But instead, I lost muscle mass and let Dr. Oz dictate my life.

I can’t remember the last time I was sick. I definitely haven’t had the stomach flu in ages, and I don’t even know for sure if that was my diagnosis. I was so afraid it might have been food poisoning from my own cooking, as Laura and I had just hosted dinner for our friends. How disastrous it would have been if I threatened the lives of four other innocent women–my reputation as an aspiring chef would be crushed. “Oh Amy Hu? Yeah that chick is cray. She destroys humanity with her COOKING.”

Thank you God, for letting me be the only one to puke my guts out.